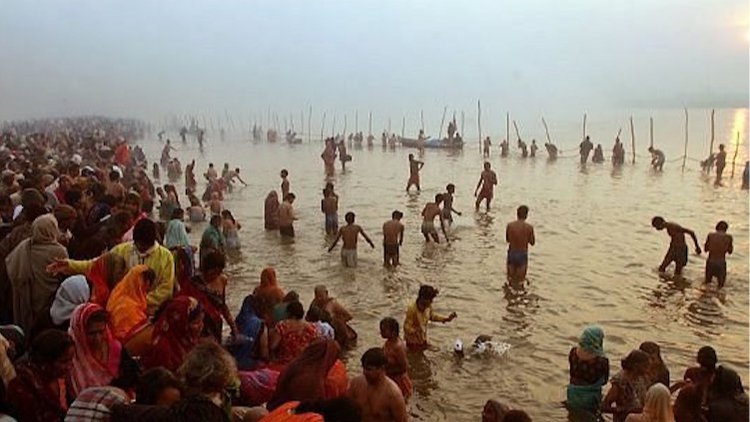 The second most popular mela after Kumbh Mela is the Ganga Sagar Mela. It is India's biggest fair held in Sagardwip, West Bengal, and witnesses a large number of people pouring in. Celebrated with great vigor and enthusiasm, the festival has a cultural and spiritual significance where pilgrims dip themselves in the holy waters of Ganga to purify their souls.

Held during the winters, the Mela is an annual gathering of pilgrims which see a number of rituals, lit lamps and chanting in and around Sagardwip.

Ahead of Ganga Sagar mela, 2020, ISKCON is all set to launch a permanent, compact kitchen, capable of providing meal to 10,000 persons per day, at Sagar Islands in South 24 Parganas district.

Hot, sumptuous, nutritionally well-balanced, vegetarian food will be served throughout the year under Ganga Sagar project, an ISKCON Mayapur initiative.

The “Annamrita-Thali”, containing rice, dal, roti, sabji, chutney and a sweet, will be available from 8 am to 8 pm, said Sundar Govind Das, project manager. “The semi-mechanised kitchen, where the food will be prepared using steam, is considered healthier than direct heat. The devotees of ISKCON will prepare the meal in the compact kitchen keeping proper hygiene, food safety and security norms in mind,” he said.

“This project is absolutely non-profit, non-sectarian but charitable initiative to feed the poor and hungry pilgrims regardless of cast, creed, race, language or religion to encourage universal brotherhood,” read a statement issued by ISKCON.

Das said if the state government wishes, the kitchen can be utilized to assist it in serving mid-day meals in the adjoining areas of Sagar Islands.

“A few months ago, the island was severely affected by cyclone Bulbul, which left trails of devastation. All the communication was shut down for nearly two days, due to which there was more requirement for cooked food among the local people and pilgrims who were stuck in the Sagar Islands. ISKCON kitchen is capable of instantly rendering relief by supplying food in such situations in future under the guidance of the government,” added Subroto Das, media spokesperson of ISKCON, Mayapur.